Pliny, Trajan, and the Christians 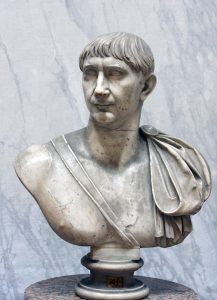 By the time that Trajan was the Roman Emperor, around 100 AD, Christianity was definitely illegal. We have some letters written by Pliny, the governor of Bithynia (in Turkey) to the Emperor Trajan, asking for advice about some Christians Pliny had found in Bithynia. Pliny understood that if the Christians confessed they should be killed, but he wasn’t sure what to do if they insisted they weren’t Christians. And what if they had once been Christians but they weren’t anymore?

Trajan answered Pliny’s letter pretty soon. (We have his letter too.) Trajan said that if the prisoners denied being Christians, or were no longer Christians, Pliny should let them go. Pliny should only kill prisoners if they said they were Christians now. Mostly, he said, they should be killed because this showed disrespect for the governor. 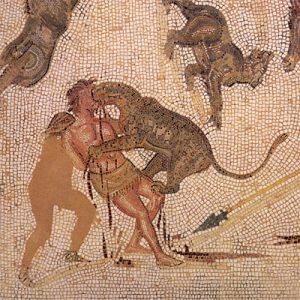 This is the kind of thing that might happen to condemned criminals, including Christians – they might be sent to the amphitheater to be eaten by leopards.

And, Trajan said, Pliny should not go out looking for Christians either. He should only investigate if Christians drew attention to themselves. Or if somebody else accused them. And he should not take any anonymous accusations.

This letter became the official policy of the Roman Emperors toward Christians. It stayed official policy for more than a hundred years, until the reign of Decius, about 250 AD. Then the real Christian persecutions started.

Bibliography and further reading about Pliny and the Christians: