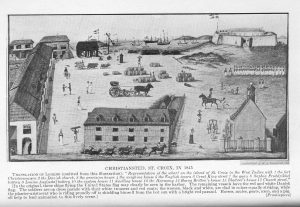 St. Thomas in the early 1700s, as Denmark Vesey might have seen it

When African-Americans were held in slavery in the United States, they hated it and they fought to get free, or to get even small freedoms, any way they could.

African-American slavery
History of slavery
All our American History articles

Who was Denmark Vesey?

One example is Denmark Vesey, who was born into slavery about 1767 AD in St. Thomas (then a Danish island) in the Caribbean Sea.

History of the Caribbean
History of coffee
Sugar and slavery

When Denmark was 14 years old, his owner sold him to a Captain Vesey of a trading ship (which is how he got his last name). The captain sold Denmark to a plantation owner in Haiti, but Denmark pretended to have severe epilepsy so he couldn’t work in the coffee or sugar cane fields. The plantation owner demanded a refund, and Denmark became Vesey’s cabin boy instead (his epilepsy stopped as soon as he was out of danger). 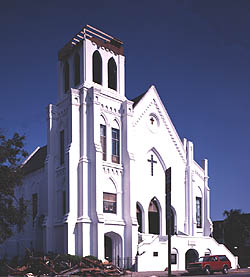 Vesey’s life as a free man

When Denmark Vesey was in his early 30s, he won a lottery, and the captain let him buy his freedom. Vesey became a carpenter in Charleston, South Carolina. There were a lot of black people in Charleston, but almost all of them were enslaved. They were unhappy with the white preachers who told them that God wanted them to be slaves, so Denmark Vesey and other people built a new church for black people to go to – slave or free.

In the evenings, Denmark Vesey taught people to read and write in the church, even though that was illegal. In 1818, the city arrested and whipped the teachers – probably including Vesey. So in 1822, Vesey organized a revolt.

He planned for slaves to kill their owners, capture ships, and sail to Haiti where a successful slave revolt had brought freedom. Just before the revolt, though – on June 16, 1822 – someone betrayed the plan. The city arrested and hanged Vesey and dozens of other black leaders, and burned down their church.