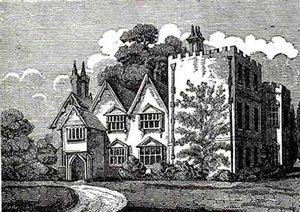 Why did Masham become a philosopher?

Who was John Locke?
Margaret Cavendish
European philosophy
All our modern Europe articles

Did she get married?

Masham got married when she was 26, to Francis Masham, who owned a big farm near London in England. He owned more than 350 acres of land, which he rented out to 59 tenants who farmed it. So they were a rich family. Francis Masham already had nine children, but Damaris Masham only had one child (making a total of ten).

What did Masham write about?

Masham wrote her first book in 1696 AD, when she was 38 years old and her son was about eleven. She wrote her book as an answer to Astell‘s work on the nature of love. Astell proposed that the only true love was our love for the Christian God, which we were born with.

Masham suggested that this was backwards: that we could could only come to love God gradually by learning about how wonderful the world is and developing a love for God, who made the world. Where Astell thought people needed both education and passion, Masham insisted on the importance of science and reason as the best way to get closer to God.

Nine years later, just after Locke died, Masham published a second book. Astell had answered Masham’s first book, and this was an answer to the answer. Here she took a middle path. Masham still thought that reason and science were important for religion – without reason, she said, religion was just superstition.

But she also said that faith was important, and that you couldn’t understand God just with reason. Like her friend Locke, Masham thought that morals – behaving well – were an important part of religion. She agreed with Locke that people needed to be free in order to behave well.

Girls as well as boys should go to school

And she adds that people must get a good education and learn to think and reason, so they will be able to make good choices. Because mothers are the first teachers of their children, she argued (like Astell) that women, as well as men, should all get good educations. In 1700, good boarding schools for boys from rich families were still a relatively new thing, and it seemed possible to convince people that their sisters should go too.

When did Masham die?

Masham died three years after her second book came out, in 1708, when she was forty-nine years old.