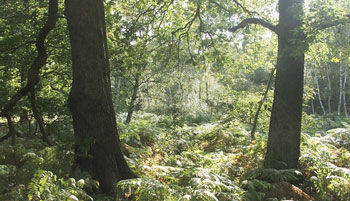 In the Early Middle Ages, most people did not pay any money taxes to the king. Instead, they gave chickens, honey, or work days to their own lord. Then in turn their lord passed on services to the king – if the king could make him do it. But in order to pay for the Third Crusade, the kings of France and England imposed a special tax, called the “Saladin tax.” The Saladin tax said that all monks and nuns and priests and everyone who owned any land had to pay money to the king for the crusade. This was very unpopular, as you can see if you remember the story of Robin Hood. The Sheriff is always trying to collect this tax and Robin Hood is always taking the money and giving it back to the poor. But really the poorest people didn’t pay this tax at all, because they didn’t own any land. This was a tax on fairly well off people. The Robin Hood stories are just their way of trying to get out of paying the tax.

A silver penny of Richard the Lionhearted (1100s AD)

At the end of the Third Crusade, Richard, the king of England, was kidnapped by Henry, the Holy Roman Emperor in Germany. Richard’s brother, John, had to impose ANOTHER special tax to raise enough money to pay the ransom. Even though rich people hated these special taxes, the taxes showed that it was possible for the kings to raise money this way. In the end this made the kings much more powerful than they had been before. And, by forcing everyone to pay taxes in money instead of chickens, they got Europe’s economy going as well.

Learn by doing: put on a play about Robin Hood
More about the Third Crusade