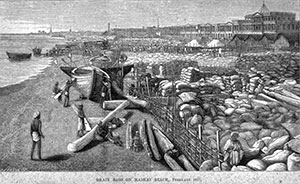 The British government did use some of the taxes and loan interest they took from Indians to build a good train system throughout India. While the trains moved the food to the ports, away from people who needed it, and moved British soldiers to keep control of India, the trains also helped modernize India. 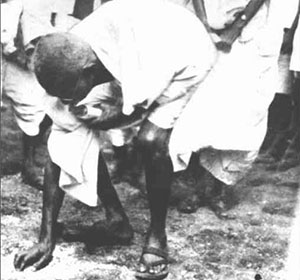 In the early 1900s, more and more people in India fought to trade freely, at fair prices. They didn’t want the British army telling them what to do. Mahatma Gandhi led a march to the sea, to make salt himself. He was protesting British control and taxation of the salt industry. 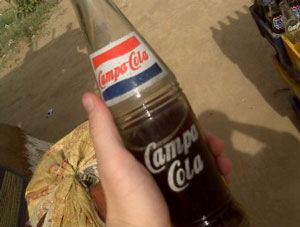 After India finally got their independence, for many years Indira Gandhi followed a policy of not importing anything that could be made in India. Local industries got started. Indian factories learned to make cars, soft drinks, and many other things. India began to become better off again. 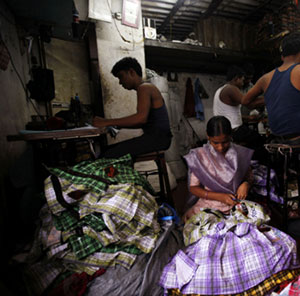 Not long afterward, in the 1980s, American and European companies began to send a lot of their work to India to do. Making cotton cloth and sewing it into clothing finally returned to India. But now the factories didn’t belong to Indians – they belonged to Americans and Europeans. American and Europeans take the profit. Today there is tremendous inequality within India, and some people are very rich but many more are poor. So almost 3/4 of the people in India still work on farms today.

Learn by doing: look at tags to see who made your clothes
More about cotton