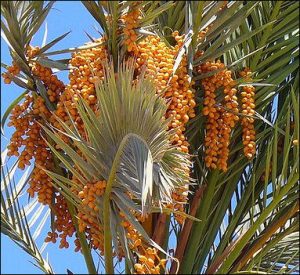 The plants that grew in ancient Egypt were very different from plants that grow in America or Britain. The lotus and the papyrus plants, for instance, were (and are) very common in Egypt.

Papyrus is a kind of reed which grows in wetlands along the banks of the Nile River. Date palms grew all over Egypt, and other palms that people used to make palm oil.

More about papyrus
History of dates
What is palm oil?

There were not very many trees in ancient Egypt, because there isn’t enough water in Egypt to support big trees. When the Egyptians needed wood, they had to buy it from Lebanon, further north, and sail it south to Egypt on boats. 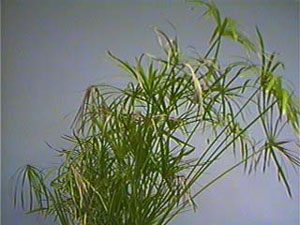 There were also plants which are more familiar in the United States like wheat, barley, lentils, chickpeas, and figs. Egypt was especially famous for producing huge amounts of wheat, thanks to the Nile flood every year.

History of wheat
Where are chickpeas from?
What’s the Nile flood? 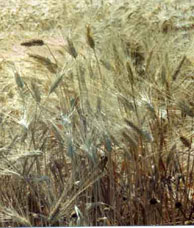 A field of wheat growing

Egyptian people made some of their wheat into beer; Egypt is the only Mediterranean country where people mainly drank beer instead of wine (though beer was also popular in Mesopotamia).

Learn by doing: eating dates and figs
More about Egyptian animals
History of dates
More about the Egyptian environment