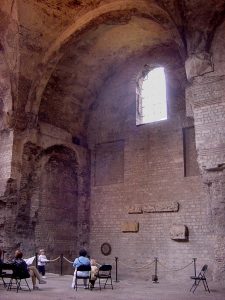 Making an arch into a roof

Once you’ve built an arch, you know how to make a doorway or a window without having to use big expensive beams. But how do you make the whole roof that way?

Easy: you stick a whole lot of arches together in a row, and that makes a roof. That’s a barrel vault: an arch over and over. (This one is in the Roman baths at Cluny in Paris).

Why is that called a barrel vault?

They’re called barrel vaults because they look like the inside of a barrel. They weren’t originally called that, because barrels weren’t invented until long after barrel vaults, though. 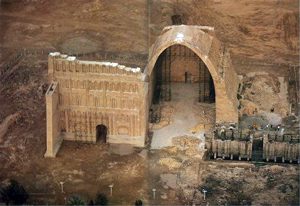 Who made the first barrel vaults?

The Assyrians and the Romans use barrel vaults 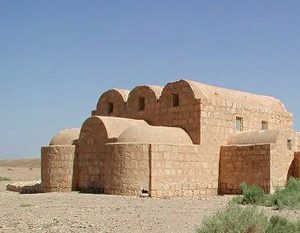 Barrel vaults in the Islamic Empire

In the Middle Ages, architects kept up the West Asian tradition and used barrel vaults to put stone roofs on Umayyad castles in West Asia, like these barrel vaults on the castle at Qasr Amra, from the early 700s AD. The Al-Aqsa mosque in Jerusalem, from the 1100s AD, also used small barrel vaults, though the main nave has a flat wooden roof. 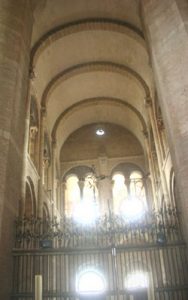 Further west, in Europe, architects used much bigger barrel vaults to cover Romanesque churches and cathedrals. This Romanesque barrel vault is from a big church in Toulouse, in the south of France, about 1100 AD. By the late 1100s AD, however, most architects in Europe were using a more complicated kind of stone roof called a groin vault.

St. Sernin in Toulouse
Romanesque architecture
What is a groin vault?

Were there barrel vaults in other places?

In India and China, people used barrel vaults for small, often underground structures like tombs and sewage pipes, but not for houses or big public buildings. But in South Africa, North and South America, people didn’t build barrel vaults at all.

Learn by doing: building an arch
More about groin vaults