Who was the god Mars? The Roman god of war 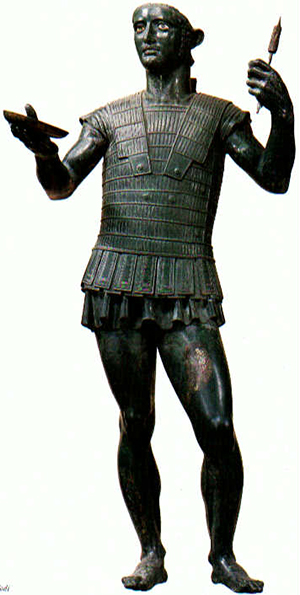 So-called “Mars of Todi”, an Etruscan statue from about 500 BC

What was Mars the god of?

Mars was the Roman god of war and fighting, the son of Juno (all by herself, with no dad). People in the Roman Empire thought of Mars as being similar to the Greek god of war, Ares, and the Sumerian god Nergal, but in Italy Mars was a popular god, who fought to bring peace and safety.

Who was Juno?
The Greek god Ares
The Sumerian god Nergal
Roman religion
All our ancient Rome articles

Greek people felt Ares was more about destruction and chaos. In the early Republic maybe the Romans felt this way too, because early temples to Mars were outside the city limits of Rome, out in the fields. But the emperor Augustus brought Mars into the very center of Rome, building Mars a temple in his forum downtown.

The Forum of Augustus, with the ruined temple of Mars in the center.

Why is March the month of Mars?

Our word for the month of March comes from Mars, because during the Roman Republic March was the month when the Roman army assembled on the Campus Martius – the field of Mars – outside of the city of Rome, to get ready for the summer’s wars against their neighbors.

Why is the planet called Mars?

As early as there was writing, and probably for thousands of years before that, people called the red, angry-looking planet by the name of the god of war. The Sumerians called that planet Nergal, after their war god. The Greeks translated that as Ares, and the Romans translated it as Mars. Like the other planets, we still know them by their Sumerian names, translated into Latin. (It was much easier to see planets and stars then, before we made so much light at night.)

More about the planet Mars
What are planets?
West Asian astronomy
History of astronomy 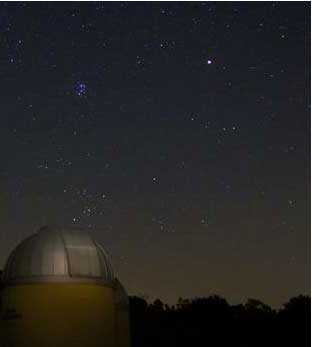 Why is Tuesday the day of Mars?

One of the days of the week is also named after Mars – Tuesday. The Romans called Tuesday dies Martialis – the day of Mars – and in Italian Tuesday is still Martedi.

What is Mardi Gras?
Who was the god Tyr?

In French it is shortened to Mardi, which is where our “Mardi Gras” comes from. But in English, people translated it using the name of the Norse god Tyr, who was also a god of war, so we say “Tuesday”.

Bibliography and further reading about the Roman god Mars: