Who was Titian? Renaissance Art 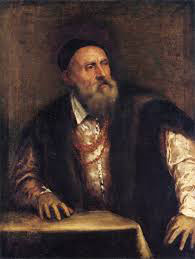 Titian’s self-portrait of himself in old age

The Renaissance painter Titian was born about 1490 AD, near the Italian city of Venice. He was a little younger than other Renaissance artists. When Titian was born, Leonardo da Vinci was middle-aged. Michelangelo was already a teenager, and Raphael was seven years old. Titian’s father managed local castles and mines for their owners, and many of his relatives were notaries (like lawyers or accountants). So Titian grew up pretty well off.

Like the older artists, Titian was apprenticed when he was about 10-12 years old. He worked for a well-known Venetian painter, Gentile Bellini. The Venetian doges recognized his talent quickly, and Titian always had plenty of money, recognition, and work. 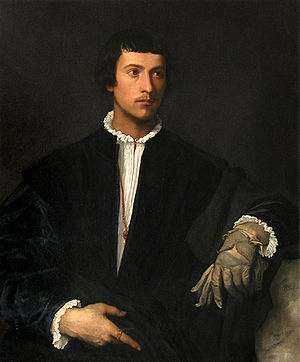 Titian really changed the whole style of painting. He was most known for his vivid, glowing colors, but his loose, almost abstract brush-strokes may have been more revolutionary. Another revolutionary thing about Titian: unlike Leonardo da Vinci or Michelangelo, Titian painted the Ottoman sultan, as well as the Pope. Times had changed, and Titian’s themes were not so much about the Bible and Christianity. Instead, Titian painted portraits of the wealthy people around him, and scenes from Greek and Roman mythology like his Bacchus and Ariadne, and even the Ottoman sultan Suleiman himself. (Though Titian painted Suleiman from other images, without going to Istanbul, his teacher, Gentile Bellini, had made the trip to Constantinople to paint the Sultan.)

Titian lived to be very old – maybe about ninety years old. He died in 1576, twelve years after Michelangelo, even though he was younger.

Learn by doing: paint a self-portrait
More about the Renaissance

Bibliography and further reading about Titian: