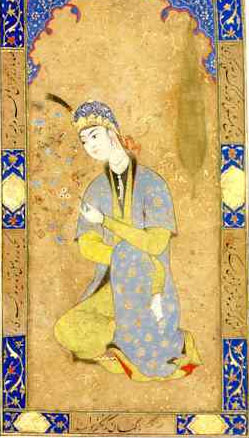 How old are the Arabian Nights stories?

People in India and Iran have been telling these stories for a long time – nobody knows how long. Around 850 AD, an Iranian writer in the Abbasid Empire collected a bunch of stories into a book called Alf Layla wa Layla, or the Thousand and One Nights – which we also call the Arabian Nights.

What is the book about?

The book is about a Sassanian king, Shahryar, who decides to make sure his wife is always faithful to him by marrying a new girl every night and killing her in the morning.

What does Scheherazade do?

So Scheherazade marries King Shahryar. That night at bedtime, she offers to tell her new husband a story. She tells a great story, but just at the most exciting part she stops because the sun is coming up and it’s time for her to be killed. But King Shahryar wants to hear the end of the story, so he agrees to let Scheherazade live another day.

Scheherazade continues her story that night, and again she ends at the most exciting part, and again the king lets her live. She does that every night, for a thousand and one nights, and finally King Shahryar sees that this was a dumb idea and lets Scheherazade live as his queen.

Here are some of the stories Scheherazade told the king:

You could compare this story to the older story of Esther, from the Bible, or to the story of Salome.

Esther and Haman
Salome and John the Baptist

It’s a common story about how women and power (but think about this: the Arabian Nights marginalizes women by telling us that we can only get power through tricks. But in real life there were plenty of women who ruled in the Islamic Empire).

Possibly it’s being retold here in order to show how bad Sassanian kings were before they converted to Islam and saw the light.