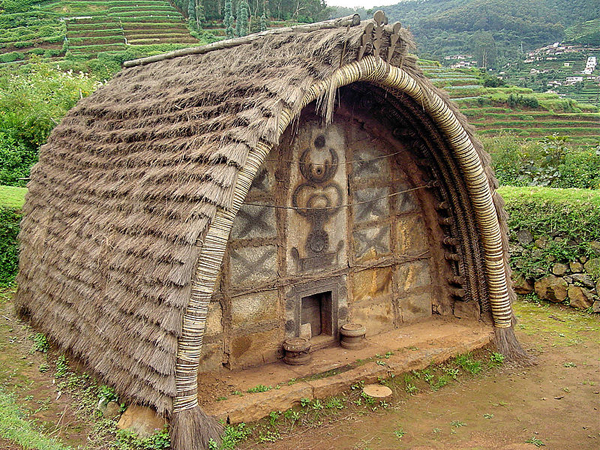 After the collapse of the Harappan civilization about 2000 BC, for hundreds of years there were no more cities in India. Instead, people lived in small villages with wooden palisade fences around them. The fences kept their sheep in, and wild animals out. People’s houses were different too. They built one-room cottages out of plastered sticks and mud, with thatched roofs in a barrel vault.

Richer people often had more than one house. They arranged small houses in a circle or square to make a courtyard in the center. Sometimes rich people made their houses out of mud-brick, and roofed them with wood shingles or clay tiles.

Gradually these villages grew into new cities. The government divided these new cities into four parts. One quarter of the city had the government buildings. One had the houses where people lived, and two of the quarters were for businesses.

Learn by doing: how are businesses, houses, and government divided in your town?
More about Indian Architecture (the Mauryan period)
More about India in the Vedic period