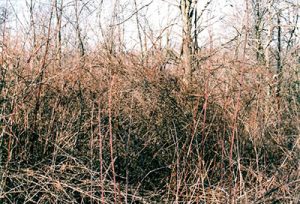 A story about Br’er Rabbit

Who is Br’er Rabbit?
Br’er Rabbit and the Tar Baby
More American literature
All our American history articles

Br’er Fox said he was going to roast him anyhow, but when he went to hang Br’er Rabbit up over the fire, he found he didn’t have any string to tie him up with. “Well, I guess I can’t roast you,” Br’er Fox said. “I guess I’ll have to drown you instead.” Br’er Rabbit pleaded, “Oh, Br’er Fox, go ahead and drown me then, just so long as you don’t throw me into that briar patch!”

“Well,” said Br’er Fox, “it looks like there’s no water around here to drown you in. I guess I’ll skin you instead.” “Okay, Br’er Fox, no problem,” chattered Br’er Rabbit, “Go ahead and skin me, cut out my eyes, cut off my legs, just don’t throw me into that briar patch!”

An older version: Rustem and the Devil

What about the briar patch?

End of the story! 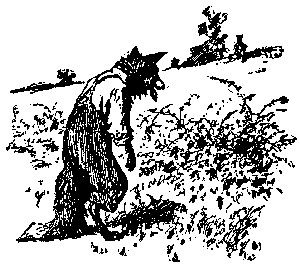 Br’er Fox and the Briar Patch

But a few minutes later, he hears somebody calling, “Oh, yoo-hoo, Br’er Fox! Over here!” and he looks – and he sees Br’er Rabbit, sitting on a rock, combing the tar out of his fur with a stick. “Didn’t you know, Br’er Fox,” called Br’er Rabbit. “I was bred and born in the briar patch! Bred and born!” And he hopped away.