From honey to sugar – History of Honey 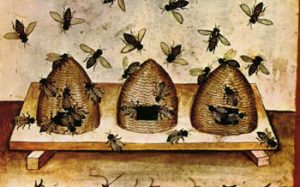 History of honey: Beehives in Europe, about 1400 AD

All through antiquity, honey kept on being very important as a sweetener, a preservative, and a medicine throughout Africa, Europe, and Asia. Wax was used for candles and to seal things.

Early honey and beehives
All about beeswax
Lost wax casting

But by around 350 AD, Indian scientists figured out how to make cane sugar into lump sugar that they could trade, and sugar began to travel east and west along the Silk Road. In China, people were using sugar instead of honey by around 350 AD. The history of honey started to turn into the history of sugar.

Sugar spreads through the Islamic world

By about 1000 AD the Abbasids were using this much cheaper sweetener – sugar. It took another couple of hundred years before sugar became really common in the Islamic Empire, but by the 1200s sugar rapidly replaced honey for most purposes. By about 1400, people in Spain were beginning to cook with sugar instead of honey. But in northern Europe, sugar was still an expensive imported luxury like cinnamon or pepper.

Sugar and the Islamic empire 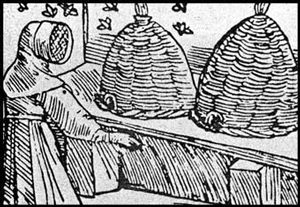 Honey and the Americas

When European settlers first sailed to North America from northern Europe in the 1600s, they brought with them the beehives that people were still using so far north.

But Europeans also began to force slaves to grow sugar cane on the Caribbean islands and in South America, so during the 1700s sugar kept getting cheaper, especially in South America and Central America, but also everywhere else in the world. Fewer people kept bees, and more people bought sugar or molasses.

Sugar and slavery
The Caribbean and colonization

In the 1800s, the invention of beet sugar, and ways to make sugar more efficiently using machines, made sugar much cheaper than honey. Most people all over the world began to use sugar instead of honey, and many fewer people kept bees.

Learn by doing: taste honey and sugar: what are the differences?
More about sugar

Bibliography and further reading about the history of honey:

More about sugar
Where did honey come from?
Quatr.us home