What are the Nine Chapters? Math in Ancient China 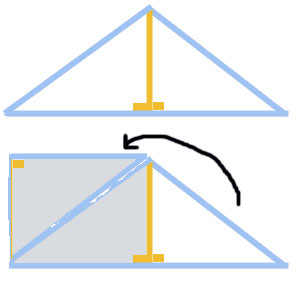 Nine Chapters: How to figure out the area of an isosceles triangle.

The earliest Chinese mathematical textbook is called the Nine Chapters. It seems to have been written near the end of the Han Dynasty, about 200 AD. It’s a book of problems that teachers could give to their students, with the answers, and general rules about how to solve the problems.

The first three chapters were about how to do surveying and engineering, or city planning and laying out fields. Here students learned how to figure out the area of a triangle, a rectangle, a circle, or a trapezoid (the book took the value of pi to be 3, rather than 3.14 etc.). They also learned how to calculate the area of a segment of a circle. There were also problems in adding, subtracting, multiplying and dividing fractions. Students learned how to figure out percentages and how to calculate the weight of a certain amount of rice. 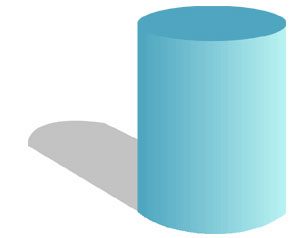 This is a cylinder. What can you find around your house that’s a cylinder?

Chapters four to six were about how to figure out taxes and for the government to figure out budgets. There were problems about finding the sides of figures when the area and one side is known, and how to calculate square and cube roots. This part showed how to figure out the volumes of cylinders, pyramids, and so on.

The last three chapters were about how to figure out the answers to less specific problems. These dealt with how to solve problems involving more than one equation (we might call this algebra), and the principles of right angled triangles.