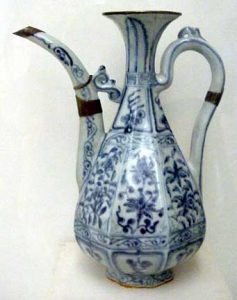 What was the Ming Dynasty?

Early modern Chinese history starts with the Ming Dynasty, about 1500 AD. The Ming Dynasty was very powerful, with a big army and a big navy and a lot of land. But they needed a lot of silver to make coins, to keep the economy moving. China didn’t have much silver, so they had to import it.

When European traders began to sail directly to China with huge amounts of silver from South America, the Ming emperors were able to find all kinds of things to sell to Europeans in exchange for the silver, especially porcelain, silk, and tea.

History of silver
What is porcelain?
Where does silk come from?
What is it with tea?

The Chinese economy used more and more silver. But by around 1580, they finally had enough silver. Then the West didn’t have anything to buy Chinese products with. The resulting slowdown in trade, combined with the Little Ice Age, made the Ming emperors seem like they were doing a bad job, and in 1644 the Ming Dynasty collapsed.

Manchu China and the Qing Dynasty 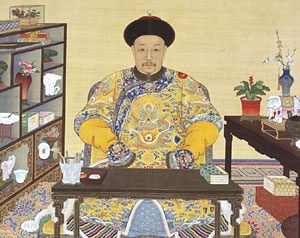 With the Ming Dynasty out of the way, people invaded from the north just like in the time of the Mongols. This time the invaders were the Manchus, and they ruled China as the Qing dynasty.

Who were the Manchu?
More about the Qing Dynasty
Qing Empress Cixi

The Qing dynasty ruled China from 1644 AD until 1911 – nearly three hundred years. Over time, they fell more and more under European control, until by the late 1800s under the Empress Cixi they were unable to defend China against British warships and troops with modern weapons.

The Republic of China

In 1911, the idea of a government run by the people reached China. Rebels forced the last emperor of the Qing Dynasty to abdicate (quit) and formed the Republic of China.

Sun Yat-Sen and the Revolution

The Republic of China formed a modern Chinese army, and gradually also transformed Chinese culture and agriculture, creating a modern society that is now once again one of the richest in the world.