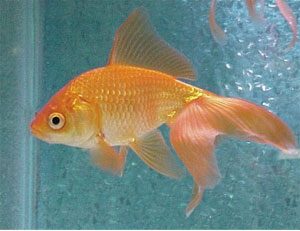 How old is China’s Cinderella story?

Tuan Cheng-Shih wrote a version of the Cinderella story during the T’ang Dynasty, about 700 AD.

Did they get this story from the Mahbharata?

It may be a retelling of an earlier Indian version from the Hindu epic, the Mahabharata. In 700 AD, many Chinese Buddhists were traveling to India for their education, and they may have heard this story there. By this time, the Indian story was a thousand years old. On the other hand, this story also has the shoe from the Egyptian Cinderella story.

So here’s the Chinese story:

In this Chinese version, Yeh-Shen was a girl who lived during the Chin or Han dynasties of ancient China. Yeh-Shen’s father, Wu, had two wives, but one of them died, and that was Yeh-Shen’s mother.

So Yeh-Shen was raised by Wu’s other wife, her stepmother. Yeh-Shen’s stepmother didn’t like Yeh-Shen, because Yeh-Shen was prettier and kinder than her own daughter, so the stepmother treated Yeh-Shen badly. Yeh-Shen had to do all the hardest work.

Her friend the fish

Her only friend was a fish, a beautiful fish with big gold eyes. Even though she was hungry, Yeh-Shen shared her food with the fish every day. But when Yeh-Shen’s stepmother found out, she killed the fish and served him for dinner. As Yeh-Shen sat crying for her friend, an old man appeared and told her to save the fish’s bones and ask them for help when she was in trouble.

Yeh-Shen wanted to go to the Spring Festival, where everyone met to find husbands and wives, but her stepmother wouldn’t let her go. So Yeh-Shen asked the bones for help getting clothes to wear to the festival.

Right away she found herself wearing beautiful clothes: a cape made of feathers, and gold slippers. The fish bones made her promise not to lose the slippers.

A shoe for someone with bound feet

Yeh-Shen went to the Spring Festival, but when she saw her stepmother and half-sister looking at her, she was scared and ran home, and she lost one of her slippers while she was running. (So this story has a lost shoe in it, like the Egyptian version.)

Her slipper reaches the king

The man who found her slipper sold it to a merchant, who gave the beautiful slipper to the king. The king wanted to find who owned the slipper, so he put it in a little pavilion by the side of the road where any woman could come try it on. All of them came, but their feet were too big for the tiny shoe (This was before Chinese women began to bind their feet, but apparently they already valued tiny feet).

One night Yeh-Shen came and tried to take her slipper back, but the king’s servants arrested her and took her to the king. He was very angry that such a poor girl had taken the slipper, but then he noticed her tiny feet. They all went to her house and got the other slipper, and when she put both slippers on, her fine clothes appeared again and the king realized he wanted to marry her. But her mean stepmother and half-sister had to stay in their old house, where they died.