What is friction? Definition of friction 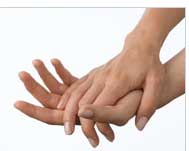 Friction is what happens when any two things rub against each other. These can be solid things, like your two hands rubbing together.

And when you rub two soft things together, like your hands, sometimes they squish into each other and get in each other’s way.

But even completely smooth, hard things have some friction. This friction is the result of the molecules in both objects being attracted to each other. 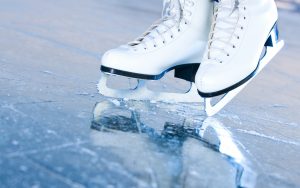 We know how to make more friction or less friction, and how to predict how much friction there will be. There’s more friction when the two objects are pushed together harder.

If you push your hands together, it’s harder to rub them up and down. If you pull the brake lever harder, your bike will stop faster.

Two solid things usually have more friction than two liquid things, or one liquid thing and a solid – that’s why you slip on a wet surface more than a dry one.

When two things rub against each other, they both slow down. Because energy = mass x velocity, if the objects lose velocity without gaining mass, then they have to release some energy to keep the equation equal.

What are electrons?
What is heat?

One way for them to release that energy is as heat – loose electrons shooting off into the air. You can feel this happen when you rub your hands together and they get warmer. When you are ice skating, the friction between your skate blades and the ice melts little tracks of water in the ice -that’s what makes ice skating so slippery.

Bibliography and further reading about the definition of friction: