Equal rights for some – American government 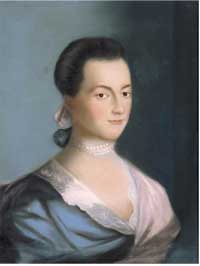 During and after the American Revolution, the rich white men were writing the Declaration of Independence and the Constitution and the Bill of Rights.

Declaration of Independence
Constitution
Bill of Rights
All our America articles

In 1776, Abigail Adams wrote to her husband, John Adams. He was one of the men writing the Constitution. Abigail asked him “in the new Code of Laws which I suppose it will be necessary for you to make I desire you would Remember the Ladies, and be more generous and favorable to them than your ancestors. Do not put such unlimited power into the hands of the husbands. Remember all men would be tyrants if they could. If particular care and attention is not paid to the ladies, we are determined to foment a rebellion, and will not hold ourselves bound by any laws in which we have no voice or representation.” 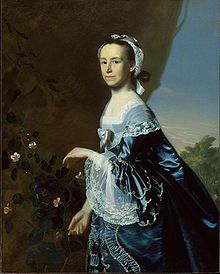 But even though John Adams loved his wife very much and asked her for advice all the time, he answered, ” As to your extraordinary Code of Laws, I cannot but laugh…We know better than to repeal our masculine systems,” (see the letter here). And he did not include voting rights for women in the Constitution.

Abigail tried again, “I can not say that I think you very generous to the Ladies, for whilst you are proclaiming peace and good will to Men, Emancipating all Nations, you insist upon retaining an absolute power over Wives” (see the letter here). Mercy Otis Warren also tried to improve the legal position of women. But women could not vote until 1920. And they couldn’t be elected as President or as Senators or anything else.

Equal rights for Jews and Muslims: 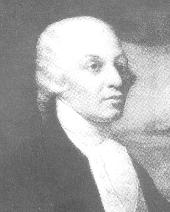 Like women, Jews also saw in the idea of the rights of man the possibility of getting equal rights for themselves. Haym (Chaim) Solomon, in 1784, asserted that, “I am a Jew; it is my own nation; I do not despair that we shall obtain every other privilege that we aspire to enjoy along with our fellow-citizens.” Some of the Constitution writers, like Thomas Jefferson, agreed with Solomon that “”neither Pagan nor Mohammedan nor Jew ought to be excluded from the civil rights of the Commonwealth because of his religion.” (This is Jefferson quoting John Locke).

Washington also assured the Jews in 1790 that, “All possess alike liberty of conscience and immunities of citizenship… for happily the Government of the United States, which gives to bigotry no sanction, to persecution no assistance, requires only that they who live under its protecture, should demean themselves as good citizens.” The Jews did get some protections: the Bill of Rights says that the government can not make any law about religion, and from the beginning non-Christians could vote in the United States. But they didn’t really get an equal voice in government. No Jews were elected to Congress until 1844. In some states, like Maryland and North Carolina, non-Christians could not legally be judges or elected officials for more than fifty years after the Constitution passed.

Black people, both slaves and free, also tried to get equal rights under the new Constitution. In 1777, Prince Hall and eight other black men wrote a petition to the courts of Massachusetts. They said, “that your Petitioners apprehend that they have in Common with all other men a Natural and Unalienable Right to that freedom which the Grat Parent of the Universe that Bestowed equally on all menkind and which they have Never forfeited by any Compact or agreement whatever.” Some white men, like Henry Laurens of South Carolina, agreed that black men were “as well entitled to freedom as themselves.” James Otis called slavery “the most shocking violation of the laws of nature.” 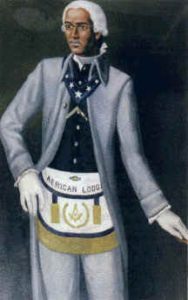 Most of the northern states, beginning with Vermont, gradually ended slavery. Black men gained the right to vote in the northern states. In his first draft of the Declaration of Independence, Thomas Jefferson said that among the other bad things that the King of England had done was that “he has waged cruel war against human nature itself, violating its most sacred rights of life and liberty in the persons of a distant people [the Africans] who never offended him, captivating and carrying them into slavery in another hemisphere, or to incur miserable death in their transportation thither.”

Three-fifths of a white man

But the other white men made him take that part out. Black people didn’t get their rights from the United States government. Instead, the rich white men writing the Constitution agreed that only rich white men could vote. And they agreed that when the census takers were counting the population of each state, an enslaved black man would count only three-fifths as much as a free white man. A lot of men thought that slavery would soon die out on its own anyway. And it might have, except for the invention of the cotton gin about this same time.

Why was the cotton gin important for slavery?

Like women and black people, Native Americans were not allowed to vote in the first hundred years of the United States government. John Adams was surprised to find that, because the Declaration of Independence said all men were created equal, even “Indians slighted their Guardians and Negroes grew insolent to their Masters.” (see the letter here) The Constitution (Article I, section 2) says that “Indians not taxed” should not even be counted in the census at all.

The men who wrote the Constitution thought that Native Americans belonged to their own group. They were not part of the United States at all. They were not American citizens. Native American men did not get the right to vote until 1889. And then it was only if they left their tribes and lived like white men. It was 1924 before tribal Indians could vote.

The way the Constitution was written in 1789, which white men could vote was left up to the states. In most states, you could only vote if you were a white man – AND you owned property, like a house or a farm or a store. If you rented your house and worked on somebody else’s farm or in somebody else’s store, then you couldn’t vote. So most white men living in the United States at this time could not vote. Rich men said this would make sure that only smart, sensible people voted.

Taking all these people together, just after the Revolutionary War only about a quarter of the grownup people in the United States could vote. Children and teenagers were also excluded,as they are today. They were left out of voting even though there were many more children than grownups in the United States at that time.