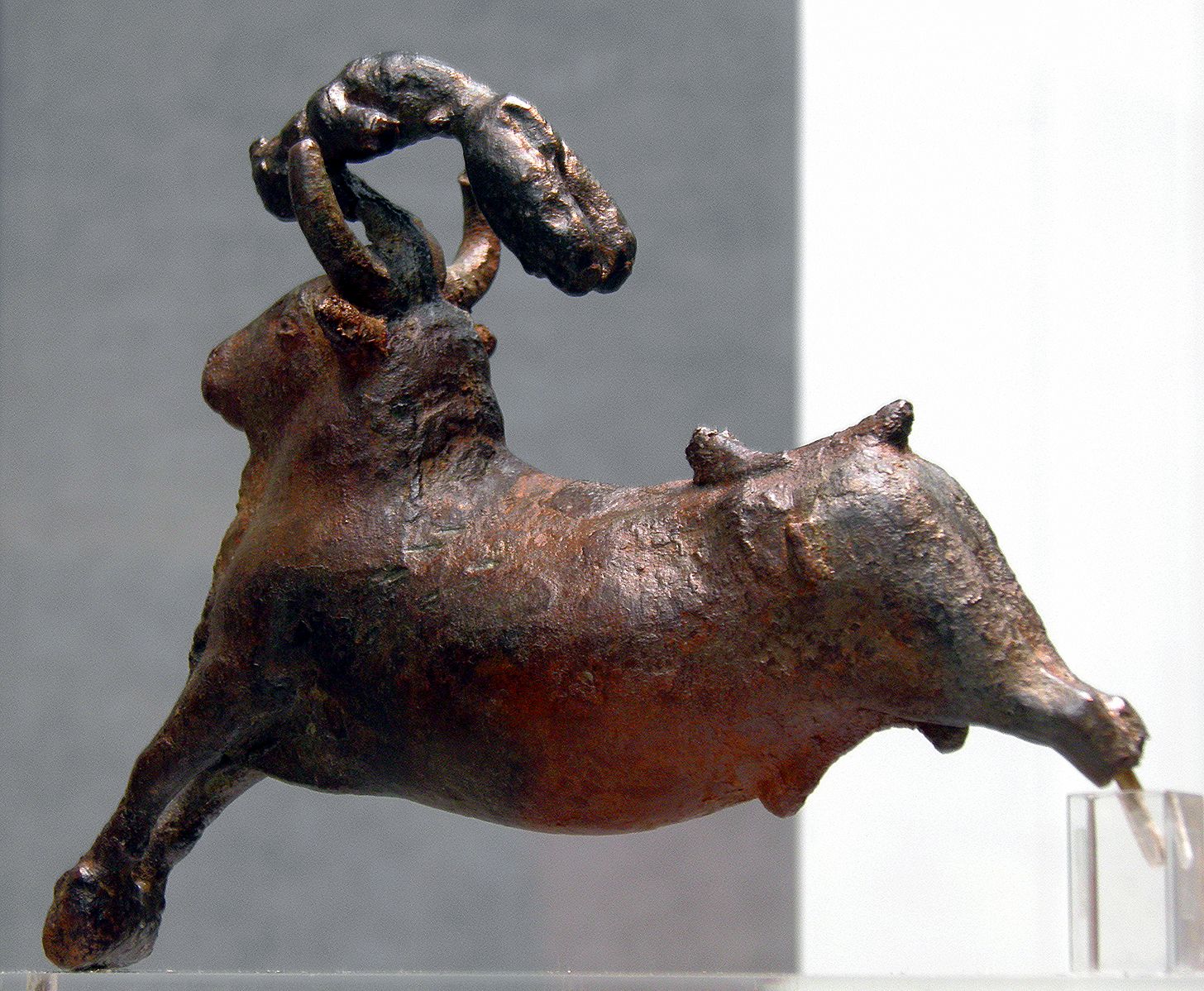 In the Bronze Age there was not a lot of sculpture in Greece. In Crete, between about 1700 and 1450 BC, the Minoans produced a lot of medium-sized figurines, mainly made of bronze and ivory. Minoans were working in Egypt (they did paintings there), so they knew that in Egypt sculptors were carving life-size stone sculptures, but the Minoans didn’t do that. In the Stone Age, Greek people had carved big marble statues of people, which they painted to look real, but Bronze Age Greeks didn’t do that, either.

Stone Age art in Greece
All our ancient Greece articles

Instead, they made these small figures out of metal and ivory imported from sub-Saharan Africa. In addition to being smaller, these Minoan figurines are different from Greek ones in being much more flexible and conveying more of a sense of motion.

What is ivory?
What is bronze?
Egyptian Bronze Age sculpture
Who were the Minoans?
Bronze Age timeline

What did Minoan sculptors make?

Some of these show women holding snakes: this may be the goddess herself, or a priestess. (These snake goddesses have been reconstructed from broken bits and may not be authentic.) Other figurines show the Minoan interest in nature and graceful movement, like a young man jumping on a bull’s back. A number of figures are of cows or bulls, which also may have a religious meaning.

On the mainland, the Myceneans also knew about life-size stone sculpture in other places, but they made only tiny clay figurines, three or four inches high. These were probably gifts for the gods. You went to a religious shrine like Delphi and bought them there, from a stand like today’s souvenir stands. But instead of bringing them home, you left them there at the shrine, to worship the god in your place after you went home. We find hundreds of them at these shrines.

Who were the Mycenaeans?
The oracle at Delphi
What is clay?
More about Greek religion 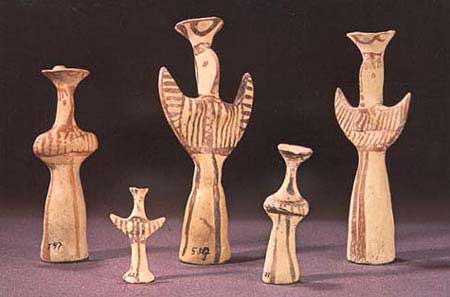 Learn by doing: make your own phi and chi figurines from clay
More about Dark Age Greek sculpture