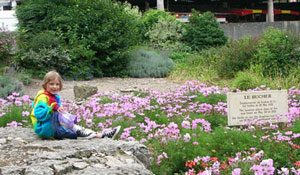 When the last French king in the direct Capetian line died in 1328 AD, the English king Edward III, who already held a large part of France, claimed the right to rule all of France. He said he was the king of the united empire of France and England.

Who were the Capetians?
Who was Edward III?
Late Middle Ages timeline
All our medieval Europe articles

Who fought the Hundred Years’ War?

At this time Edward III was only eighteen years old. War broke out in 1338. At first the English won some big battles. But the war went on and on, even after Edward III died in 1377. Partly because of the Black Death, neither side could really end the war.

The Black Death
Cannons and gunpowder

Under their new young king Henry V, the English won a especially big battle at Agincourt in 1415, where Henry used a new Chinese weapon, cannons, to help him win the battle.

A great 1989 movie of the Shakespeare play about Henry V

Joan of Arc fights for France

The English managed to take over almost all of France. But Henry V died young, in Paris, and after he died, the French started to win again under a great military leader, a woman named Joan of Arc. Joan recaptured the towns of Orleans and Reims, among other places, for her king, Charles VII. 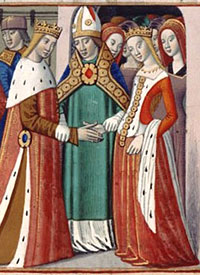 The end of the war

Even though the English eventually captured Joan and burned her alive in Rouen in 1431, the French continued to win the war and in 1453 the English king Henry VI (the son of Henry V) gave up his claim to rule France.

Henry VI suffered from mental illness, and his wife Margaret of Anjou ruled for him. Henry and Margaret lost all England’s land in France except the port at Calais (kal-AY).

Learn by Doing: Joan of Arc Project
The Wars of the Roses
Late Medieval France

Bibliography and further reading about the Hundred Years’ War: