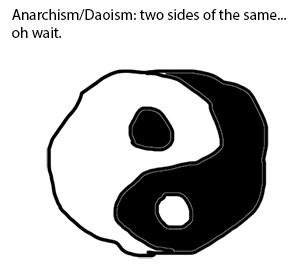 In 9 AD, there was a short break in Han Dynasty control of China. A man named Wang Mang, who was a nephew of the current Han empress, took the throne from the emperor and called his new dynasty the Hsin Dynasty. Wang Mang got into power by promising to take a lot of power and land from the rich people and give it to the poor people.

But this turned out to be hard to do. The powerful people defended their land and wouldn’t give it up.

In 17 AD the poor people in Shandong began a rebellion. They painted their faces red (so they were called the Red Eyebrows) and attacked Wang Mang. Wang Mang’s army was defeated, and Wang Mang himself was killed, in 23 AD.

After the revolution, in 25 AD, a Han Dynasty emperor took control of China again. His name was Kuang Wu Ti. Kuang Wu Ti died in 57 AD.

Because the Han were so strong, they were able to fight off the Huns to their north and west. Because of this, the Huns travelled west to Europe, where they were important in the fall of the Roman Empire some hundreds of years later.

In 73 AD, a great general, Pan Ch’ao, went with an army of 70,000 men all the way across Asia to explore. He was gone for 28 years! But when he got back, he was able to tell the emperor all about the Roman Empire.

Possibly the first smallpox epidemics in China, about this time, also weakened the country. In 184 AD and 190 AD the poor people rebelled too. The leaders of these rebellions ended up killing more than 2,000 of the bodyguards and destroying the capital city.

By 207 AD, the general Ts’ao Ts’ao had managed to get control of northern China for himself. When Ts’ao Ts’ao died in 220 AD, his son decided to remove the last Han emperor, and rule on his own in northern China. Other generals like him took over other parts of China, so China was divided into three kingdoms, called Wei, Shu Han, and Wu.

Did you understand this page? Find out with a quiz!
Period of Disunity (220-581 AD)
More about China

Bibliography and further reading about the Han dynasty: