Alexander the Great dies in Babylon 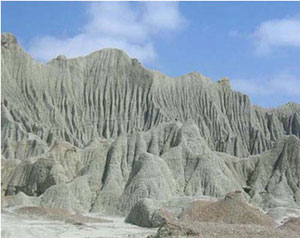 When Alexander reached the end of the old Persian Empire, he turned back. He did not go further east into India.

Historians who were there say that this is because Alexander’s soldiers refused to follow him any further east – the end of the Persian Empire was far enough for them. But it may also have been because he lost some battles, or because it was too hard to get food and clothing for his soldiers.

But the way back to Babylon, through the Gedrosia Desert (in modern Pakistan) wasn’t such a good time either. There was almost no water or food, and three out of every four of Alexander’s soldiers died before the army finally reached Babylon (in modern Iraq).

Either this is a terrible stroke of bad luck for Alexander, or possibly Alexander planned it this way, to get rid of extra soldiers who would otherwise have wanted to go on fighting and plundering and making trouble. 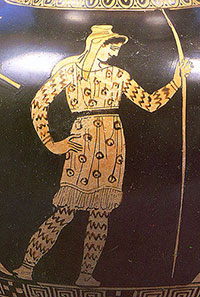 Once he was back in Babylon, Alexander began to try to put together his Greek and Macedonian people with his Persian people to make a truly diverse empire. Like the Persian shah Cyrus before him, Alexander thought that respecting religious and cultural freedom and diversity was the best way to hold an empire together.

What’s an empire?
Women in the Persian Empire

Alexander ordered many of his soldiers to marry Persian women, as he himself had already done. He also employed Persian men along with Greek men in important government jobs. (Even Alexander didn’t allow women in the government)

But while he was staying in Babylon, in 323 BC, Alexander caught a fever. Nobody knows exactly what the disease was – maybe malaria or typhoid.

What is malaria?
How do you catch typhoid?

The fever killed Alexander in a few days, when he was only 33 years old. Alexander left no sons (though his Sogdian wife Roxane was pregnant), and his generals soon divided up his empire among themselves.

Athens in the Hellenistic
Hellenistic empires
The Greeks in Egypt

Did you find out what you wanted to know about the death of Alexander the Great? Let us know in the comments!