What is a state? Definition

Remains of the ziggurat at Warka, in Iraq, from about 3000 BC

Probably the first states began in Sumer, around 3500 BC. There were also early states in Iran, India and Africa (in Egypt). States are mostly bigger and more complicated forms of chiefdoms: while in a chiefdom there is a super-chief, a chief, and then the chief’s friends who help him out (3 levels of government), in a state there are usually at least five levels of government: like a king, his generals or council, governors, mayors, and the mayor’s assistants.

People also sometimes say that a state is a kind of government which has a monopoly of legitimate force; that is, in a state, only the government’s policemen or soldiers are allowed to make people do things. You can’t have your own army. You can’t just hit people who don’t do what you want. Only the police or the army can do that. There are some exceptions to this rule, though. Sometimes religious groups, for instance, may force people to live by their rules even though they are not part of the government. 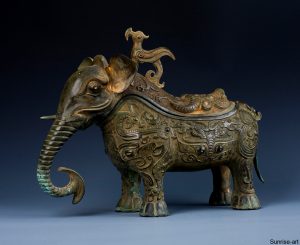 One kind of state is a monarchy, which means it is ruled by one man or woman: a king or queen.

Another kind is an oligarchy, where several men or women get together in a council and decide what to do. Oligarchy means the rule of the few.

States may also be tyrannies, which are ruled by one man but one who rules somehow outside of the law, by force or by charm.

democracies, ruled by the people, who vote on what to do. And some ancient states were republics, where people vote for other people to represent them in a council, like Senators. Many states mix more than one of these together, too.

Learn by doing: draw a diagram labelling the four levels of hierarchy that make the United States a state (or an empire)
More about democracies

Bibliography and further reading about states: