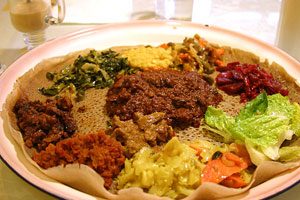 Three suggestions for projects with lentils:

1) Go to an Indian or Ethiopian restaurant and try something with lentils in it.

2) Make lentil soup at home. Here’s a recipe:
In a large saucepan, put a few spoonsful of olive oil. Chop an onion and two stalks of celery and two carrots and fry them in the oil over medium heat until they get soft, about five or ten minutes. Crush two cloves of garlic and add them; then add a handful each of chopped oregano and thyme. After two minutes, add a cup of dry lentils and four cups of water and half a can of tomato paste. Bring the soup to a boil and then put the lid on and simmer for one hour. Then add two cups of spinach, and cook a couple of minutes more until the spinach wilts. Add two spoonsful of vinegar and salt and pepper to taste. Serve with plain yogurt if you like yogurt, and with pita bread or naan.

3) Try growing your own lentils – in the springtime, place two or three lentils from the store in a flowerpot full of dirt, or in your garden. Keep it damp but don’t water it too much, and give it lots and lots of sun. After about three months you’ll see lentil pods on the plant. Stop watering when the plant dies and let it go all brown and dry; then you can open the pods and get the lentil crop out. You’ll see how much work it was for ancient farmers to grow lentils!