About 3000 BC, as people started to live in cities and the world got more crowded, they also started to want a way to mark their property so other people would know who it belonged to. People also wanted a way to know whether anyone had been messing with their stuff. 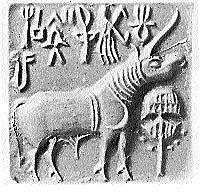 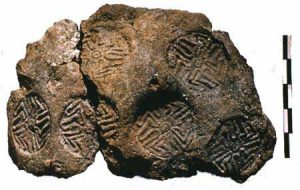 The earliest seals are from West Asia, from Mesopotamia, around 3000 BC. They started out simple, but soon they got very complicated so that they would be hard to copy.

But by 2500 BC people in India and China and Egypt and Greece were also making seals. (Sealing is the word archaeologists use to mean the impression that a seal makes in the clay).

People kept on using seals for a long time – in fact, you still sometimes see people using them today. In the Middle Ages, once people had begun to write their important documents on paper or parchment, they used blobs of wax to seal their documents instead of clay, and pressed their seals into the wax to identify themselves. King John of England, for example, signed the Magna Carta in this way.

Learn by doing: a project about seals
West Asian seals and numbers

A special form of seals: the invention of coins and money
More about the ancient economy
Quatr.us home