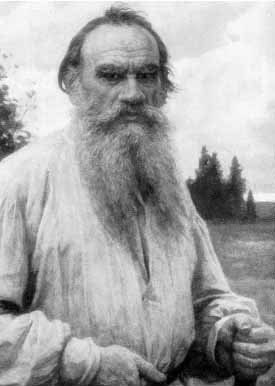 The Mongol Empire spread reading and writing all across Central Asia. From the time of the Mongol Empire on, people in Central Asia were able to write down their stories in addition to telling them or singing them out loud. Writers followed up the Secret History of the Mongols by writing The Golden Button (about 1655) and Saghang Sechen’s The Jeweled Button (about 1662), stories connecting Mughal and Tibetan rulers with Genghis Khan.

Geographers also learned a lot from the constant travel back and forth on the Silk Road. In 1593, the geographer Amin Razi wrote the Haft eqlim, or Seven Climate Zones, a sort of encyclopedia in Arabic of world geography. The seven zones run from north to south: a north cold zone, then two temperate zones, then a hot zone in the middle, two more temperate zones to the south, and a cold zone. Amin Razi’s cousin was the father of the Mughal queen Nur Jahan, so Amin Razi knew a lot of powerful people, and his geography includes short biographies of over a thousand people.

In 1553 AD, Ivan IV brought the first printing presses from Europe to Russia, so Russia could be part of the new movement to print books and pamphlets for everybody to read. At first the Moscow Print Yard printed Christian prayer books. During the 1600s the Print Yard printed some textbooks, too. In 1703, it printed Russia’s first newspaper. But the continued control of printing by the government prevented the explosion of printing and public freedom that happened in western Europe.

About 1600, most people in north-eastern Central Asia converted to Buddhism. Buddhist monks translated Indian and Chinese Buddhist books into Mongolian and Tibetan. Among these were the Jataka, or Uliger-un dalai in Mongolian – the “Sea of Stories”. This is a bunch of short stories that illustrate important Buddhist ideas.

By 1783, Catherine the Great allowed private presses in Russia, but still only with heavy censorship.

In the early 1800s, soon after writers began to write novels in England and France, Russian writers like Pushkin, Gogol, and Turgenev also began to write novels set in Russia. This was because Russia had gotten richer by forcing Uzbek people to grow cotton, and other people to do other things. Now Russia could afford to send more kids to school, so they could become writers. But these writers then tried to help everybody else. Tolstoy anticipated and helped bring about the Russian Revolution by writing sympathetically about Russia’s oppressed peasants. In the 1900s, Alexandr Solzhenitsyn wrote books criticizing the Soviet government in Russia.