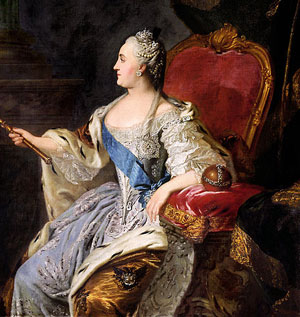 Women had always been more equal to men in Central Asia than in China, West Asia, India or Europe, and women continued to do better in Central Asia after 1500 as well. In Russia, women ruled as czars though most of the 1700s AD. In 1764, Catherine the Great started the first women’s university, the Smolny Institute. But women’s rule ended in Russia with Catherine’s son Paul, who made a new rule that all czars had to be men. 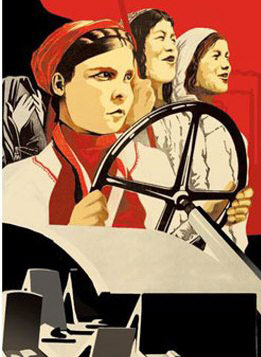 Under Communism, in the 1900s, women began to reclaim their rights again. Russian politicians insisted that there should be no differences between women and men. Both women and men worked in factories, and as doctors and scientists.

But the end of Communism has again set back the rights of women in Central Asia. The rise of Islamic power has also tended to force women to stay home. The Taliban in Afghanistan and Pakistan made it illegal for girls to go to school, or for women to walk outside without a man with them, or for women to work in a factory or a business. In Russia, the government recently made it legal for your husband to beat you. This oppression of women is worst in Afghanistan but it is true even in Russia and Ukraine and all over Central Asia, even though there’s a long tradition of powerful women there.