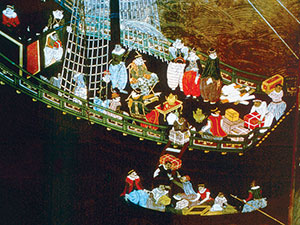 “A day that shall live in infamy…”

When my mother was young, people knew where they had been when they heard that the Japanese had bombed Pearl Harbor the way they later remembered when Kennedy was assassinated, or when the airplanes hit the towers on 9/11. Today, it’s almost forgotten. There have been too many sad days to remember all of them forever.

Why did the Japanese bomb Pearl Harbor? 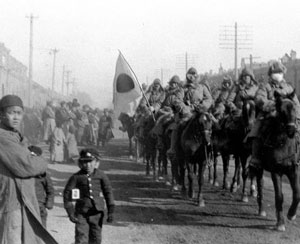 In 1853, the United States had bombarded Japan with cannons to force them to open their borders and allow open trade with the United States. Once forced out of isolation, Japan saw the danger of becoming a colony like the Philippines or India. They started working to become colonizers instead of colonized. They took control of Korea and part of China. In 1940, they invaded Vietnam, too. When the United States objected, Japan built an alliance with America’s enemies in Germany and Italy.

History of Korea
History of Vietnam
Republic of China

The United States in the Pacific Ocean 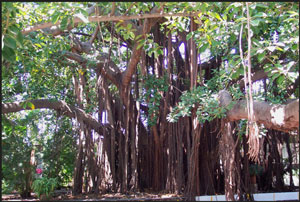 A big rubber tree in Mexico

Fighting over rubber and oil

One reason the United States was so stuck on controlling the Pacific Ocean was that the new steel machines everyone was building – factory spinning and weaving machines, knitting machines, tractors and harvesters for farms, trains, cars, airplanes, steel beams for skyscrapers – all needed rubber parts.

Modern steel
History of rubber
Why fight over oil?

Suddenly there was a terrible shortage of rubber all over the world. A lot of the world’s rubber was in Indonesia and Malaysia. Japan also needed rubber, but in addition Japan needed oil, which they had been buying from the United States. In 1941, the United States refused to sell Japan any more oil.

So how was this settled?

By the time World War II ended, American scientists had invented artificial rubber made out of oil. So the United States didn’t need to control the rubber plantations anymore.

Japan and the United States worked together to treat China like a colony, a poor country where people would work for low wages. But slowly China also grew into a colonizing country instead of a colony. China produces almost half the world’s steel now. Today, it is China that seems like a threat to the United States instead of Japan.