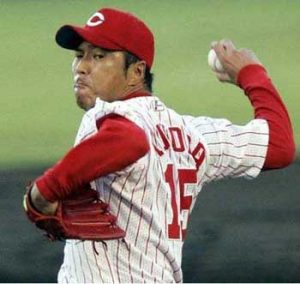 How hard will the ball hit the catcher’s glove? It depends how big the ball is. how fast the pitcher throws it, and how far away the catcher is.

Like the First Law of Motion, the Second Law of Motion started out with work in the medieval Islamic Empire, about 1000 AD in Iran. That’s when Ibn Sina suggested that an object’s inertia depends on how fast it is going and how much it weighs. Since his time, scientists have agreed that this was pretty much a rule

But in the 1700s, Isaac Newton was able to use calculus to prove that this was always true, every time. So Newton’s Second Law of Motion tells us that force equals mass times acceleration.

You can tell how hard a moving object is going to hit by knowing how big it is (how much mass it has) and how fast it is speeding up (its acceleration). For instance, if the pitcher throws the ball to the catcher, how hard it hits the catcher’s glove depends on how much mass the ball has and whether it is speeding up or slowing down when it gets to the glove. You can make something hit harder either by making it bigger or by throwing it faster.

For example, a bullet fired from a gun is very small, but it goes so fast that it hits you hard anyway. A bowling ball dropped on your foot doesn’t go very fast, but it’s so heavy that it hurts your foot anyway.

Learn by doing: a project with momentum
Newton’s Third Law

Bibliography and further reading about Newton’s Laws of Motion: