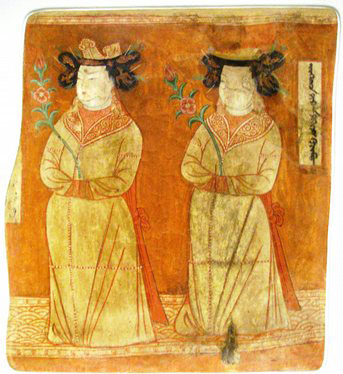 Possibly some time in the Middle Ages, Kyrgyz people began telling the story of Manas, his son Semetei, and his grandson Seitek. In the first part of the Epic of Manas, Manas grows up and becomes Khan. He gets married to the Uighur princess Kanikei, and leads his people to attack Beijing in China. In the fighting, Manas is killed, and everything he worked for is lost, but Kanikei rescues their son Semetai.

In the second part of the epic, Manas’ son Semetei grows up, gets married and fights his own battle against the Khitan. Like his father, he loses the big battle and dies tragically, leaving a son, Seitek. 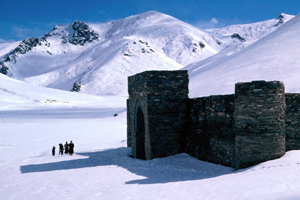 Tash Rabat, Kyrgystan – a stop on the Silk Road (thanks Lonely Planet)

In the third part of the epic, Semetei’s family is all killed, but his son Seitek escapes the slaughter and grows up. He, too, gets married and fights his enemies. In the third generation, Seitek finally wins his battle and defeats his enemies, but then he, too, dies.

Most likely the Epic of Manas in its current form dates to the 1500s and 1600s, because that’s when the Kyrgyz people were fighting with the groups named in the epic.

More about the Kyrgyz

More about the Khitan