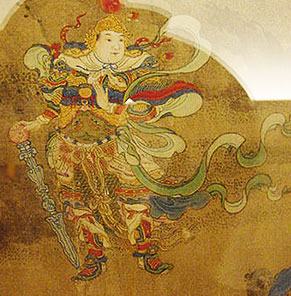 After the Mongols were thrown out of China, and the Chinese emperors took over again in the Ming Dynasty of the late 1300s AD, the Ming emperors wanted to build up Chinese nationalism. Instead of being part of the huge Mongol Empire, now China would be an independent country.

More about Yuan Dynasty art
What was the Ming Dynasty?
Lots of China articles

The emperors wanted to strengthen China’s identity by creating one unified art style for all of China. Official art styles were developed at the court, abandoning Yuan Dynasty ideas and returning to earlier Song Dynasty styles. 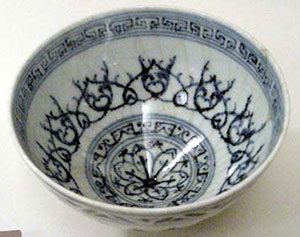 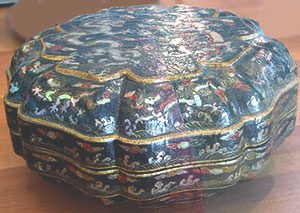 The Silk Road and Chinese art

But you couldn’t really turn back the clock. Artists used more and more color. The Silk Road was still a powerful influence on Chinese art in the later Middle Ages. Rich, educated men continued to work in the Yuan Dynasty style.

The Silk Road and international trade

The creation of this sort of painting was a sort of performance, to show how easily and efficiently you could do create an image, and how individual your own interpretation of a traditional image could be. People wanted to feel the physical presence of the artist by looking at the movements the artist had made. 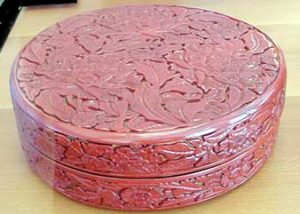 This colorful lacquered box borrows from Islamic cloisonne techniques of making little metal walls and coloring them in with enamel. The red box seems to draw its inspiration from elaborate Indian wood carving.

Or about Chinese art