Sukkot – what are we harvesting?

It seems funny, now that most Jewish people have lived in cities and worked at city things for two thousand years, to remember that long ago most Jewish people were small farmers – like most people everywhere. Jews today have half forgotten that most of their holidays originally celebrated agricultural festivals, planting and harvesting. Passover originally celebrated the winter barley harvest in early spring. Hanukkah celebrated the olive oil harvest in the late fall.

What is Sukkot?
More about Passover
And Hanukkah
Where does barley come from?
History of olive oil 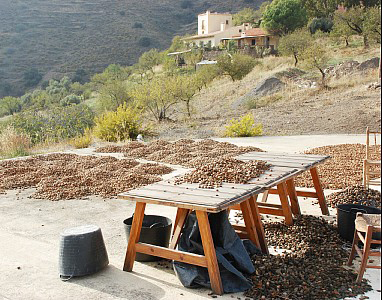 But we still remember that Sukkot celebrated an earlier fall harvest. We still know that the reason Jews build temporary shelters in their yards and eat meals in them in the fall is to remember a time when we were so busy in our fields, harvesting, that we didn’t even go home for meals. But what were we harvesting?

History of farming
The Jews and the Levant 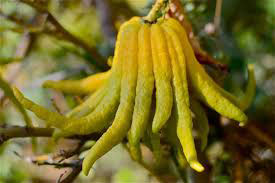 I think the crops that came ripe at Sukkot, in the early fall, were mainly almonds and figs. Later on, people were also growing citrons (relatives of oranges and lemons, which didn’t exist yet) and they added them to the celebration of Sukkot.

Where are almonds from?
What about figs?
History of citrons

There’s been a lot of new work done by paleobotanists about what crops were being grown where, though. I need to update the articles here. But in the meantime, if you want the most up-to-date information about the history and spread of barley and almonds and figs, there’s a great book about Asian food history I can recommend: