On November 19, 1863, in the middle of the Civil War, President Lincoln made a famous speech on the battlefield at Gettysburg, in Pennsylvania. He told us that “Now we are engaged in a great civil war, testing whether that nation, or any nation so conceived and so dedicated, can long endure.” And he urged Americans to make sure democracy kept going – so that “government of the people, by the people, for the people, shall not perish from the earth.” 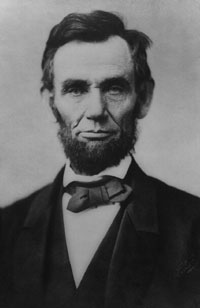 Lincoln was probably thinking along these lines: about 200 BC, the Roman general Scipio Africanus had become super-popular after defeating the Carthaginian Hannibal in the Second Punic War. Other Senators had seen his popularity and realized they could use that sort of popularity to make themselves more powerful than the other senators. In 133 BCE, Tiberius Gracchus and his brother Gaius tried to use popularity to get power by promising to break up the big estates of rich families and redistribute their land to the poor. And the other senators murdered them both.

The Second Punic War
The Late Republic
Redistribution of land

But once ambitious men saw this route to power, you couldn’t stop it just with murder. Before 100 BC, Sulla tried again, and then Marius, and then Pompey and Julius Caesar. Each one was a little more successful, as they learned better how to use popularity to get power. (Hint: they used the army more and more.) 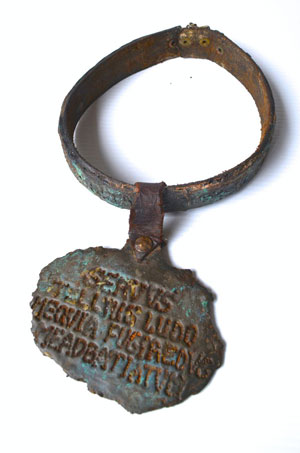 As I follow the impeachment hearings, I, too, wonder whether the Republic will endure. I’m thinking of Cicero’s Catiline Orations, which Lincoln had surely read too. Cicero was one of the senators of the Late Republic. He was not from an old powerful family; he was, as they said, a New Man. But serving as the governor of a relatively small and unimportant Roman province had made him rich, and he was now as powerful as anyone in Rome.

Cicero tells us that another rich senator, Catiline, was trying to get re-elected by promising to redistribute land to the poor, like the Gracchi before him. Like the Gracchi, Catiline was from a very old and powerful family. Cicero claims that Catiline was also bribing senators to vote for him, and generally rigging the election in his own favor. Cicero and Catiline fought it out in the Senate, and in the streets, and in the end Cicero, as consul, killed Catiline and his followers.

So we might say that Trump is Catiline, a loser rigging elections and making promises to the poor in order to get elected. And the Democrats are happy to play Cicero, the defender of the Republic.

Who are the good guys here? Who is the Republic? What does it mean for government to be “of the people”? 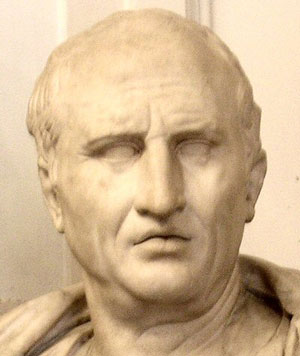 Cicero’s a great guy, yes? He was one of the first philosophers to suggest, in his “On Duties”, that people have a moral duty to get justice for all people – all humans – regardless of whether they were Roman or not, and no matter what else was going on. Cicero’s important idea was that all people have rights just because they are people.

But Cicero owns hundreds of enslaved people, too. The government that Cicero is upholding is made up of insanely wealthy men – we might call them oligarchs, or billionaires – who control the lives of millions of other people basically to suit themselves and make themselves more and more powerful and rich.

The people that Lincoln was fighting against in the Civil War were really fighting to make their lives as much like Cicero’s life as possible. Like Cicero, Southern plantation aristocrats were very, very rich. Like Cicero, they were rich because they were slave-holders. 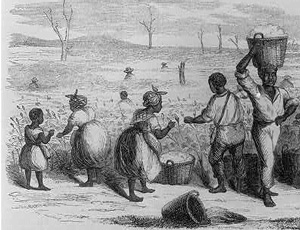 I wouldn’t be the first to suggest that leftists today might find themselves more on Catiline’s side than on Cicero’s. But that’s not really what I have in mind. I’m thinking more about Augustus, who killed Cicero a few years later. Augustus was another in this line of powerful men from old families who gained power by getting poor people on their side. More successful than the ones before him, Augustus broke the power of the senate. He killed many, many senators. He brought autocracy to the Roman Empire, and he kept the slavery, and no, he didn’t redistribute land to small farmers – but we remember him for also bringing peace, and an end to the long civil war.

Which is what Lincoln was hoping for at Gettysburg – an end to the Civil War. And as Lincoln surely realized, the end of the Civil War also made the states less powerful, and the federal government much more powerful, than they had been before. It made the President much more powerful. Should we see Lincoln as the successor of Catiline? or of Augustus? He, too, hoped to redistribute the plantations into small farms for the freed African-Americans. And he, too, was killed.

Maybe the Democratic Party is Cicero, defending against Catiline, but just as defeating Catiline did not stop the end of the Republic, defeating Trump will only bring other populists after him, more competent ones, and eventually someone like Augustus will take over.

But maybe that’s not so terrible. The billionaire oligarchs who own our big corporations now control the petty millionaires in the Senate, and they own most of America’s wealth. How is that “government of the people, by the people, for the people”? How is that remembering that all people have rights just because they are people? Are there better ways to honor the memory of Cicero, Catiline, Lincoln, and Tiberius Gracchus – all of whom, remember, died by violence, and  (hint) none of whom succeeded in redistributing wealth? 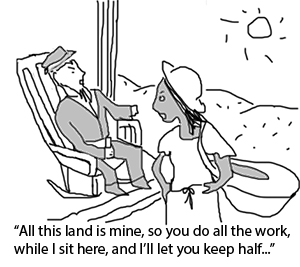