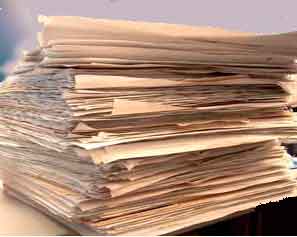 A solid is made up of an infinite number of flat planes lying on top of each other.

If we just let a solid go on infinitely in all directions, it would take up the whole universe. So usually when we are talking about solids, we mean a specific part of the universe. We can define a solid, like a pyramid or a cube, by describing the planes on all sides of it. That’s just the way we define a flat shape, like a triangle, by describing the lines on all sides of it.

We can put together lots of points to make a line, and lots of lines to make a plane, and lots of planes to make a solid. So what would happen if we put lots of solids together? That is difficult for us to imagine, because in the world we live in that is not possible, but theoretically we can consider higher-dimensional objects that might result if we stacked up lots of solid universes. Or, if we think of objects as existing through time, we might consider that as a kind of stacking-up of universes: the universe of this second under the universe of the next second, under the universe of the second after that, and so on.