Why don’t people of color swim? 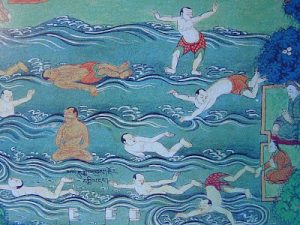 A Tibetan swimming contest in the Kyichu River (1695 AD)

In most of the world, people kept on swimming after 1500 AD pretty much the same way they had before 1500 AD. But in Europe, soon after 1500 AD, people almost completely stopped swimming. 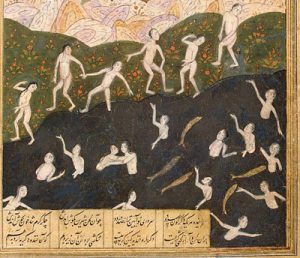 More and more people also thought swimming was wrong because people swam naked. In 1599, Pope Clement VIII made a law against swimming naked in the Tiber River in Rome. As a result, fewer and fewer people learned how to swim, and by the 1600s most English people didn’t know how to swim. This attitude spread through Europe, and in the 1700s fewer and fewer people could swim.

As fewer and fewer people could swim, swimming got to seem like something only experts knew about. In 1587 AD, just after Cambridge University banned swimming, Everard Digby of Cambridge wrote a book in Latin about how to swim, which was translated into English in 1595. Digby wrote for rich men – he doesn’t imagine that women might swim. He told the men not to swim on cold or windy days, and never alone, and other good advice like that. Digby’s instructions tell how to swim the breast-stroke, and how to swim on your back, but not the front crawl. William Percey’s book on swimming from 1658 also assumes that only men will swim. 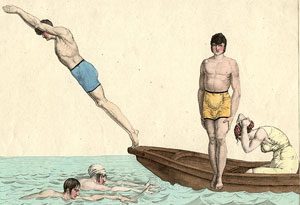 Most of the people in the world today paddle around in the water, but most of them can’t really swim. Only one out of four Asian children learn to swim. Most African people today can’t swim, and most Mediterranean people can’t either. 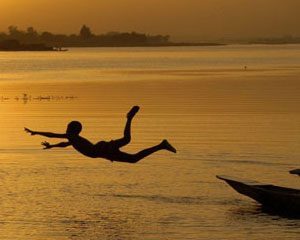 In India, paddling seems to be pretty common for both boys and girls, but most people are not good swimmers. European colonists wouldn’t let Africans or Indians use the beaches or swimming pools. In the Caribbean today, most people can’t swim. Only in 1994 did South Africa open its beaches and public swimming pools to people of color, and only about one in 20 people in South Africa can swim. In Malawi, also, most children can’t swim.

Bibliography and further reading about the history of swimming: