#OTD: Incas meet Europeans: but why?

On November 15, 1532 AD, the Spanish invader Pizarro, under the rule of the Holy Roman Emperor Charles V, meets the Inca emperor Atahualpa, setting the stage for the Spanish conquest of Peru, colonization, and slavery.

But what set this in motion? Charles V already had a huge empire – most of Europe. What made him want more? What was he looking for? Why don’t we like to talk about that? Hmmm….

China has very little silver, but they needed more and more to make coins for a growing economy. For a while, the Song Dynasty solved this by inventing paper money, but when the Ming Dynasty printed too much paper money to pay their debts, people stopped trusting it, and they had to go back to silver. 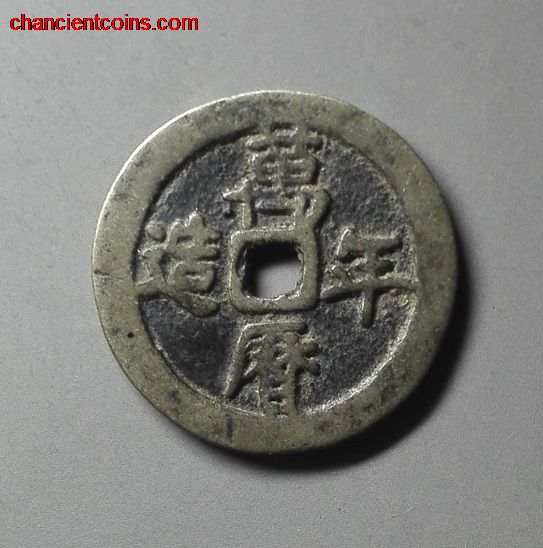 A silver coin from the Ming Dynasty

Suddenly they needed huge amounts of silver. The price of silver went sky-high. Austria-Hungary opened new silver mines to sell silver to China, but China needed more and more, and paid higher and higher. So the Austro-Hungarian empire (which also ruled Spain) wondered where they could find more silver. They found it in Peru, Mexico, and Brazil. 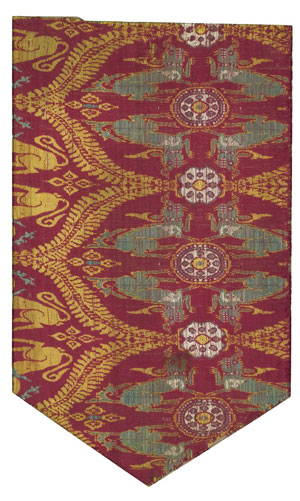 The Austro-Hungarian Empire was able to send ships to the Americas because they had invested in developing better ocean-going ships with better navigation systems. That’s because they were marginalized by international trade. Most of the big trading was going on in the Indian Ocean, the Bay of Bengal, and around through Indonesia to China. Europeans couldn’t get there and had to buy and sell through middle-men. 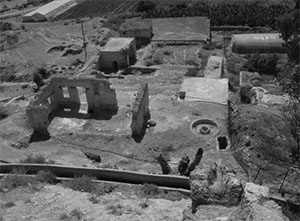 Europeans saw that Europe was falling behind other countries in wealth, and in technology. They had to get more involved in international trade, and that meant controlling their own shipping. As it turned out, they also managed to control everyone else’s shipping, so they got insanely rich and powerful and ahead in technology.

One of the new products India was selling was sugar, which they had figured out how to produce from sugar cane. Sugar, and sugar candy, was very popular. (Our word “candy” comes from the Indian word for “a piece”. Manufacturers were already producing a lot of sugar in China and the Islamic world too. 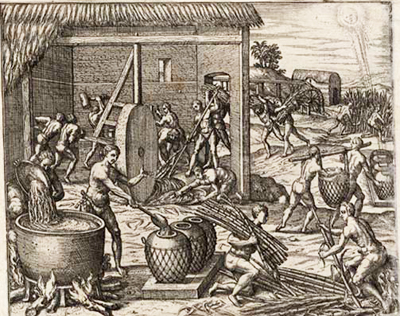 Enslaved African workers on a sugar plantation about 1550 AD

In the 1400s, with Mamluk production collapsing into civil war, Europeans started producing sugar and selling it to the Islamic market. There was a lot of demand, both in Europe and in Islamic countries, but Europe was too cold and wet to grow sugar. Europeans did what they could, enslaving black Africans  and forcing them to grow sugar in southern Spain, in Cyprus, and on the Canary Islands, but they needed more sunny hot places to grow sugar. Could the new ocean-going ships help them find that land? Yes, in the Caribbean and Brazil. 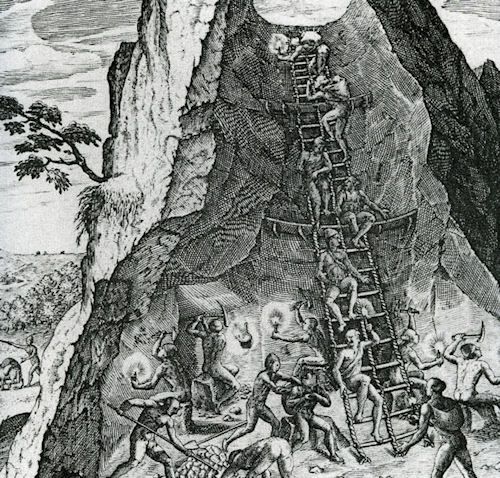