What are neurons? Nervous system evolution and biology 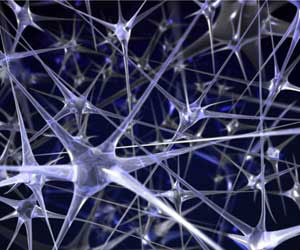 A network of neurons

One-celled creatures like bacteria don’t have neurons, because they can communicate within themselves through the use of enzymes, but all multicellular animals do have neurons. The simplest and earliest example of neurons is in hydras, which evolved around 600 million years ago.

In hydras, neurons are not organized into nerves, but just spread randomly throughout the body in a nerve net. Beginning with flatworms, about 550 million years ago, the neurons were twisted together into long nerves to reach every part of the body.

A neuron is a specialized kind of cell that usually has a long, thin axon at one end (some are more than a meter long) and dendrites at the other end. Neurons use electric or chemical changes to send messages from the end of one neuron’s axon across a gap called the synapse to the dendrites of the next neuron in the chain.

Different kinds of neurons do different things. Some neurons respond to heat and cold, others to touch, or sound, or light. Different neurons react if you are tickled, or if you are itchy. Other neurons pass messages the other way, from the brain down to the muscles. When you do something over and over, like practice the piano or kick a ball, the neurons responsible for that movement grow stronger connections to each other, and the message passes faster and more accurately. Soon you can tie your shoes or ride a bike without thinking about it.

Bibliography and further reading about neurons: