A funny thing happened to us when we were on line to get into the newly opened Slave Play on Broadway this past weekend. There was a long line, wrapped around the corner of the block. When we were just a few feet from getting in, an older white woman broke into the line behind us, ahead of the black couple behind us, and just stood there like she belonged there. The black couple asked me if she was with us, and I said no, and we looked at her, and she moved behind the black couple.

They, and I, pointed out that this was still not the end of the line, and showed her where that was. She thanked us for telling her and stayed where she was, and we gave up. Seats were already assigned anyway; it didn’t really matter. But it’s a pretty bald-faced thing to do, to exert that much white privilege on your way in to see Slave Play…(but see below) 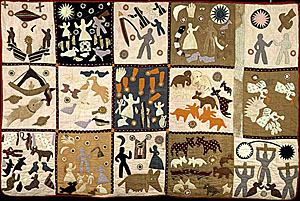 The play is much funnier than the reviews had led me to think. But Slave Play will give you a really good look in the mirror (the back of the set is a large mirror, to drive home this point!). A lot of the play is just black people trying to get a word in edgewise as white people go on talking, and on, and on, and on. Which is so, um, exactly what does happen, in my life anyway.

Part of it is black people asserting their right to be visibly black – not, “I don’t see color”, not “I don’t think of you as black,” but actually black in the minds of their white partners, with the weight of their whole history behind them. Jeremy Harris (the playwright) goes on from there to demand that white people also work to see their own whiteness, which is also a real thing. White people aren’t just “normal” or “ordinary” or worse yet “American”. 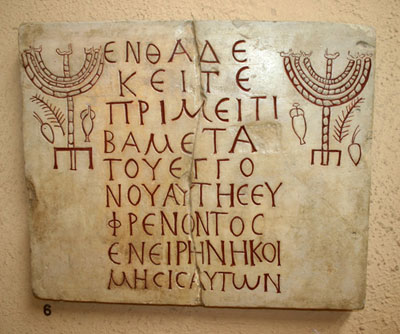 So in that sense, I understand that feeling of wanting to be seen, and wanting people to see me as a whole person with a whole cultural background, not trying to pass as a “normal” (Christian) person. But still as an American: I can celebrate the Jewish New Year and also the calendar New Year, and that’s perfectly fine. It doesn’t make me Jewish instead of American. It makes me Jewish *and* American, just as people can be black and American, or Chinese-American, or Italian-American.

But to the black people there, I’d be mainly white. So the play also helped me work to be more consciously white: to see my own whiteness in situations where I might before have seen mainly other people’s blackness. As, for example, in the case of the woman breaking into the line to get in. I saw her whiteness fine! But did I see mine?

What is Yom Kippur?
When did synagogues get started?
The Second Jewish Revolt and the Diaspora
Jews in medieval Europe

The play stops there. Black people want to be seen as black, and they want white people to see their own whiteness. That’s important. But is that enough? Can we also become more actively anti-racist? Live in integrated neighborhoods? Insist on real diversity at our work and in our government? Support anti-racist politicians? Where can diversity and anti-racism enter your life?

(about that woman breaking into line though) Now that I’ve got some time to think, though, I can see that she might have had reasons she didn’t choose to tell us. Maybe she couldn’t stand or walk well, and the walk from the end of the line was too much for her? Maybe she had dropped off a partner who didn’t walk well and was already inside, and was in a hurry to join them to help them? Primed to see white privilege, did I miss other issues? I now see – appropriately for Yom Kippur – that I could have been kinder and less self-righteous.

Wishing you an easy fast, if you will be fasting…