Ancient historians are redating the eruption of Mount Vesuvius that buried Pompeii from August 24th to October 24th, 79 AD. I’ll explain why, and what made them rethink it, and why that matters.

What happened to Pompeii?

The Roman town of Pompeii was built right near a big active volcano, Mount Vesuvius. On October 25, 79 AD, the volcano erupted, burying Pompeii under a big pile of ashes. The volcano’s still potentially active today – someday it will erupt again – and most of Pompeii is still buried under those same ashes. The eruption preserved a sort of snapshot of a Roman town for us, so we can see just how people lived in ancient Rome.

How could we have gotten the date wrong? 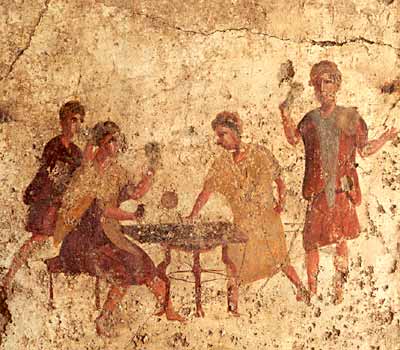 Men gambling in an inn at Pompeii

We know the date from a letter that Pliny the Younger wrote to the historian Tacitus, telling him about it. Pliny the Younger saw the eruption happen, and his uncle, Pliny the Elder, died trying to rescue people. But we don’t have the actual letter; we have copies of copies of copies of the letter. That letter probably said the eruption happened on non. kal. novembr: nine days before the Kalends of November, or October 24th. But copyists probably abbreviated that to non. kal. nov, and at some point some copyist made a mistake and left out the “nov.” Probably they thought they had already written that, because it’s so similar to “non.” That happens all the time with early medieval copying. 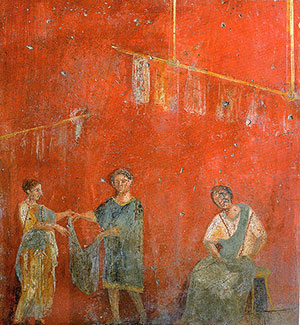 Laundry workers hanging up clothes to dry (Pompeii, before 79 AD)

After that, most of the copies just copied that mistake, and say “non. kal.” with no month. But one copyist noticed that didn’t make any sense – it’s not a whole date – and apparently at random inserted “Septembres” to make it look right. So that one copy says “nonum kal. Septembres,” the ninth day before the Kalends of September, which is August 24th.

(The Romans counted inclusively, so it’s nine days back)

(Thanks to Theo Nash @e_pe_me_ri for explaining all of this!)

What made us rethink this? 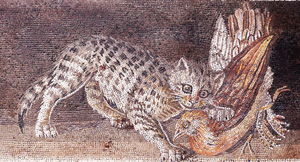 First, ethnobotanists were examining the pollen that was preserved by the eruption. They saw that the kinds of plants that were spraying out pollen at the time of the eruption weren’t what you would expect in August; they were normal October plants. 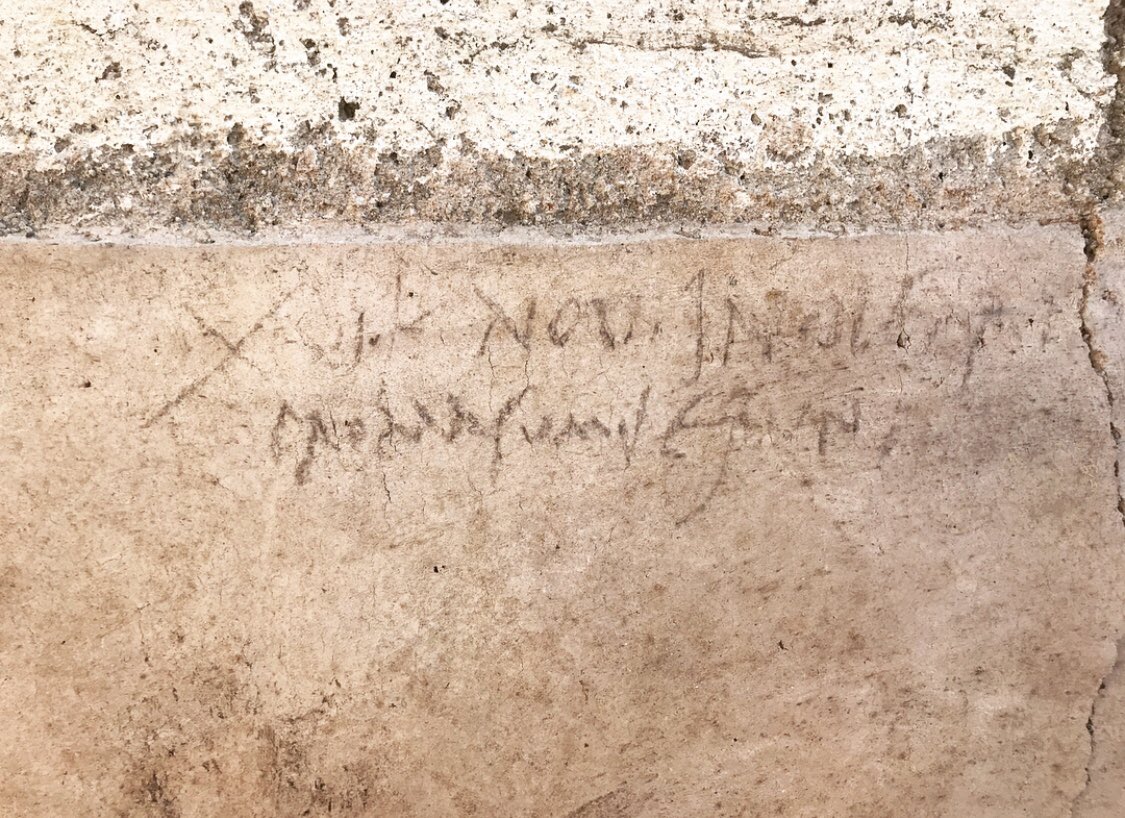 Then, new excavations at Pompeii uncovered graffiti on a wall that was dated to October 17th. It was just scribbled in charcoal and didn’t seem likely to have been hanging around since the year before.

So people took another look at the manuscripts of Pliny’s letters.

Why does it matter?

Some people work on Roman skeletons from Pompeii to find out what kinds of diseases they had. It matters whether it was flu season or not. Other people are working on ancient wine production, people’s methods of storing food, and Roman shopping lists. All of those things would be different in October than they are in August.

Here’s a longer discussion of that from Flint Dibble