On November 13, 1956 AD, after months of boycotting the Montgomery, Alabama buses to protest segregation, African-Americans win in the Supreme Court, when the Court declares bus segregation to be unconstitutional. Is that a better date to celebrate than the beginning of the boycott, which is what we usually mark? 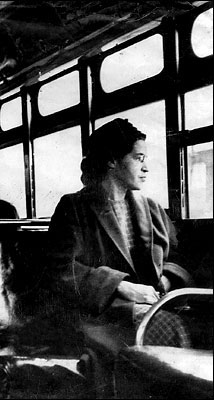 The bus boycott was organized in December, 1955 by the NAACP, the National Association for the Advancement of Colored People, under the leadership of longtime activists Rosa Parks and Jo Ann Robinson. These women stood in a long tradition of radical black feminism, following in the footsteps of women like Harriet Tubman, who rescued herself from enslavement and then rescued hundreds of other people in the mid-1800s, before fighting in the Civil War to free all enslaved Americans.

They followed in the footsteps of Sojourner Truth, who fought for black women’s right to vote in the 1870s and 1880s.

Who was Sojourner Truth? 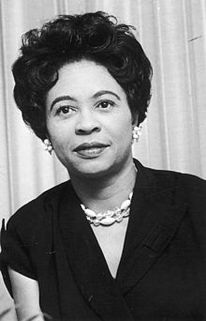 Jo Ann Robinson, a college professor, was one of the leaders of the Montgomery Bus Boycott

Rosa Parks and Jo Ann Robinson were not house cleaners. Jo Ann Robinson was a 43 year old college professor at Alabama State College with a MA degree from Columbia University, and Rosa Parks was the 42 year old secretary of the Montgomery NAACP. She also worked altering clothing in a department store. Over several years, these women and their friends on the Women’s Political Council had organized the whole black population of the city so that they stood together and could spread the word quickly when a protest was organized. Together, they agreed that Parks would resist the segregated seating on the bus and be arrested, and that Robinson would use her access to a college copy machine to make thousands of posters, to spread the word about a bus boycott.

For almost a year, forty thousand black women refused to ride the bus. They walked miles to work in small groups. Some of them walked twenty miles a day. Or they carpooled with someone who had a car, or rode in black-owned taxis. Meanwhile, the NAACP organized black lawyers to take Rosa Park’s case to court. They won their case in June, in federal district court. But the city of Montgomery appealed the decision to the Supreme Court. It took until November for the Supreme Court to issue the final ruling: segregated buses were unconstitutional.

As a result of their activism, Rosa Parks and her husband both lost their jobs. Nobody would hire them in Montgomery, and they had to move north to Detroit. Parks worked as an assistant to Congressman John Conyers. Jo Ann Robinson kept her job, but she resigned in 1960 in support of student sit-ins, moved to Los Angeles, and taught public school there.