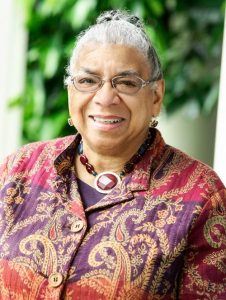 Delighted to announce that Shelley P. Haley has been elected to be the next president of the Society for Classical Studies. Professor Haley is the Edward North Chair of Classics and Professor of Africana Studies and the Chair of the Classics Department at Hamilton College, in New York State. She holds a PhD from the University of Michigan (like me!). Haley writes about ancient Africa – including Egypt and Cleopatra. She works on ancient views of race and feminism.

More about early Africa
And about ancient Egypt
Who was Cleopatra?

Why is this so cool? Listen up. The SCS meets every year in early January for a few days of academic papers. Last year, there were several really ugly racist incidents at the meetings. People were very upset. They got together this petition to put Professor Haley on the ballot, even though she had not been chosen by the regular process. She promised if elected to work to fight racism and sexism in Classics. Which is very badly needed. And now she has won!

Congratulations, Professor Haley. I look forward to a great year under your leadership.